AlexP: Pumpkins are all jumbled and lost in the laundry in the conflicting spices and sweet malt. 4P

AlexO: Spices overpower here as Russian stacking dolls, but not in the order you want: Cloves>ginger>cinnamon>nutmeg 78/100

NicP: Plenty of it, but not particularly flavorful. 4p

NicO: As a safe, middle of the road pumpkin, it’s perfectly drinkable. But sometimes you just want a pumpkin that feels like riding a dinosaur in a thunderstorm. This is not that beer. 72/100 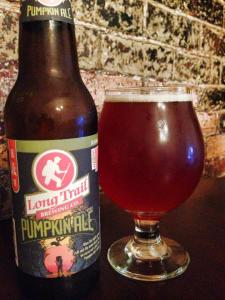